A Two-part Farewell Blog from Ya Udah Bistro

It is a common truism that “Everybody has to eat” but that must be qualified as “Nobody has to eat at your place of business”: worldwide, over 50% of restaurants fail within the first year of operation. Here’s how it works. You have a great idea for a restaurant, decide to open up in a choice location… and for the first six months you are feeding your in-laws and old pals and other friendly freeloaders: it’s your way to try and generate word of mouth, to attract patrons to an unknown eatery. You feed journalists and <ha ha> food authorities, hoping they won’t badmouth your fare, décor or service with mean reviews. Now imagine that compounded by opening in a strange land, where even the rich local people live on simple kampung-style rice dishes and street-vendor finger food: when this writer arrived in Indonesia in the late 1980s there was very little in the way of cosmopolitan European dining – unless you wanted to pay an arm and a leg and dine at  a five-star hotel. Then came Ya Udah Bistro – right down lively Jalan Jaksa. Jaksa was a backpacker’s stop-off, on the way to more appealing destinations: in spite of numerous attempts, Jakarta has had little to offer international visitors over the years. It is a city for trade and governance, and that’s about it.

But Jl. Jaksa offered a modest degree of “hell-raising”, for the rowdy oil workers and single English teachers who wanted to kick back, drink beer and argue loudly with their mates. And then pick a fight with some other aggressive-looking bule.

Into this rough-and-tumble atmosphere YaUdah Bistro opened its doors, and very soon gained fame as a friendly open-air venue with great Euro-Asian food at a modest price – and plenty to drink for the firewater-lovers.

It attracted a varied crowd with its robust, healthy fare, prepared fresh and under stern supervision: tables of elderly Menteng residents, sitting around at talking in a mixture of Dutch and Bahasa Indonesia … scrawny backpackers with their noses buried in Lonely Planet (which faithfully recommended the Bistro as a de rigueur place to eat).

Tables crowded with eagerly-gesticulating Africans, evidently busy hatching one of the borderline enterprises which they are famed for in Jakarta.

An expatriate English teacher named Andy once attempted to nick a bottle of HP Brown Sauce. Alas, caught in the act by the alert staff, “no way with our waitress” he was henceforth called “HP-Andy” or “Happy Ending” by the wise Jaksa Bistro waitresses.

Enterprising local officials looking to pick up a little “tea money” were always dropping by and looking for problems. There was a policeman who demanded to see the official permit for … the refrigerator??

A gigantic Nigerian rolled in and asked for one of each of the varieties of sausage at the Bistro – which he proceeded to gobble, down-the-hatch, as all the tables around him tried to avoid watching.

Then there was the determined lady who marched in with a chicken (already deceased) she had purchased in a local market – and demanded we grill-roast it for her on our rotisserie. Serving the public can be so delightful, so interesting.

Stolid solitary drinkers, staring silently straight ahead as they enjoy the right-priced beer and the only reasonably-priced table wine available in Jakarta.

It was the twilight of the Suharto dictatorship, a time when it was not “what you know” but “who you know” that counted, and lo and behold one of the Royal Children (nicknamed the “Lucky Sperm Club”) swept in with lawyers and bodyguards in tow. They ordered a grand meal with drinks all around… 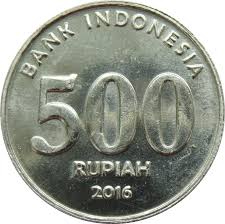 … and left a grand tip for the grateful Bistro staff.

The Bistro was also a gathering spot for Indonesia’s tiny circle of western intellectuals, most prominent among them the late British author David Jardine, seen here declaring his [invariably left-wing] position one fine afternoon at the Bistro.

David was a thorough researcher and authoritative writer. Apart from his many articles, his self-published Foreign Fields Forever, a short, compact history of one of Britain’s forgotten ‘little’ wars, namely the conflict with the new Republic of Indonesia from 1945-1946, is a minor classic.

Jalan Jaksa has fallen on hard times, with “gentrified” construction of office buildings and apartments, as it becomes just another dusty crowded side street in Central Jakarta. The Bistro, however, solid in its success, soldiers onward in grand style, with a spectacular new outlet in Serpong featuring – hold onto your hats – an air-conditioned section. Now what is so sensational about this, you might naturally wonder. It has to do with the classic – if widely-despised – habit of smoking tobacco. These days, lighting up a cigarette or cigar in most western entertainment spots is looked upon with the same opprobrium as rolling up your sleeve and injecting yourself with heroin. Imagine – laws against smoking in bars. How’s about the alcohol? It’s deadly-dangerous as well, maybe even more so than tobacco. PROHIBITION! Oh yes – they tried that, and it turned out swell if you happened to be a bootlegger, speakeasy owner or Mafioso, or one of the corrupt judges, cops, politicians they bought off.

Now the Bistro has historically been an open-air venue, with large old-fashioned ceiling fans moving around the atmosphere (the less said about the quality of Jakarta air, the better). The Management does not encourage smoking among its honored patrons; nor does the Management discourage it. If you want to fire up and blow rings over your host’s pork knuckle you are free to do so. If you disapprove of this foul habit, as a confirmed born-again Non-Smoker, then the Bistro applauds your healthy declaration and invites you to NON-SMOKE to your dear heart’s content.

Air-conditioning systems, however, do not care for nicotine linings, and this is where the triumphant pilgrims of clean air and clean living enjoy themselves in our cool and fresh Serpong a/c section. We just hope they can hold their breath and avoid breathing the local smog once they exit the Bistro and face Jakarta.

The evolution of patrons in the past couple of decades mirrors the opening of Indonesia as a more worldly place, where all manner of foodstuffs is available – old-timers are amazed. From the scruffy backpackers counting their pennies and wizened Menteng elders, today the average YaUdah Bistro patron is a well-to-do Jakarta businessman – perhaps with his family, maybe with his Secret Squeeze (Shhh! We won’t tell). Lots of office parties, celebrating anniversaries. Many prosperous Indonesian-Chinese who love the forbidden pork dishes.

The above, alas, must be tempered with the recognition of the Corny-19 pandemic, which has put a dent in most people’s lives. With the “PSBB” Jakarta lockdown the Bistro has had to move adroitly, shifting first to a 100% takeout / takeaway service, with a pretty broad menu, and then re-opening, once the decision was made to ease up on restrictions. Now we are back in business, welcoming the faithful patronage to our premises, a classic Jakarta landmark proving its value into the Millennium.

This is our swansong, ending the weekly blog offering, as all good things (and some bad) must come to an end. The second and final final farewell, next week, will look at the overall evolution of EATING OUT IN JAKARTA. Meanwhile we invite you to partake of our delicious, right-priced, hygienic Euro-Asian fare, open seven days a week throughout the year. Bottoms up!