Agree or Disagree? THE RIGHT TO DIE AT YOUR DISCRETION Well he went and did it. David Goodall was not interested in making headlines around the world but he felt his body was betraying him, he was played out, and he had had enough of life. He was alert and intelligent, of sound mind, but he could not get “assisted suicide” in Australia. He was thus forced to travel to a specific facility in Switzerland in order to end his life. Sensational news! Who, healthy and functioning, in their right mind, would choose to end their life, no matter how old they got? “Australia’s oldest scientist has died after flying to Switzerland to end his life by assisted suicide.

Despite not having a terminal illness, David Goodall, who was 104, believed his quality of life had deteriorated and he secured a fast-track appointment with an assisted dying agency in Basel, reigniting the end-of-life debate.” This story from the Telegraph (U.K.) highlighted the issue of “the right to die” or, more specifically, the right to choose your own moment to leave this body. Suicide is against the law in many countries. What, are they going to sentence you to death for trying to kill yourself? Ridiculous.

These two boys were bragging to each other, trying to show who had more status.

First boy: “My grandpa was a general in the Army. He was a really powerful guy.”

Second boy: “So what? My uncle knew exactly when he was going to die. And he died just as he predicted.”

First boy (impressed): “Wow, how could he know that?”

Second boy: “A judge told him.” 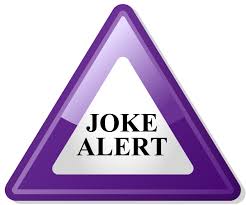 So what about it? Should any adult of right mind be able to say “I’ve had enough and that’s that. I do not want to live any longer.”

Organized religion is against what is called “euthanasia” or “assisted suicide”. At least, some religions. Others do not take a stance. They figure it’s your own business.

Doctors and nurses have allegedly been administering fatal doses of sedatives to patients dying in great pain, out of pity and compassion, at the risk of losing their right to practice or even going to prison.

Should those without hope be kept alive, even perhaps when they are brain-dead, even against their will? This question first arose in the 1960s, when technology advanced to a level allowing even brain-dead patients to continue their vital functions; then came the debate and the lawsuits. Terri Schiavo, in a vegetative state for seven full years, would not have chosen to live, and her husband supported this. Her parents were opposed, and the lawyer$ rejoi$ed, as cases dragged through the courts for some years. It became a cause célèbre, and all across the USA churchmen, politicians, academics and others took sides. “Should the woman be allowed to die or not?”

DO CITIZENS HAVE THE RIGHT TO END THEIR LIVES IF THEY SO DECIDE? 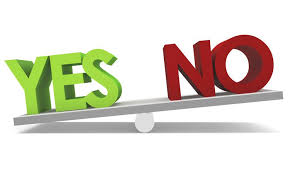 WHAT DO YOU THINK,
DEAR YaUdah Bistro PATRON?

It’s a matter of money as well. When the public health services of many nations are overburdened and underbudgeted (the U.K., the USA and Indonesia come to mind) should valuable resources be used to keep people alive? Some American statistics claim 35% of Medicare spending occurs in the last 3 weeks of a patient’s life. Think of as a “heroic” effort to keep terminal patients, dying of cancer, diabetes or another incurable condition, “alive” on life support for a few more weeks until their internal organs completely rot and fail. This is a cruelty that is hard to understand; we put pets down when they reach this point, but we make humans suffer for weeks with tubes in every bodily opening they can find.

The “racket” is that hospital chains milk Medicare and Medicaid for tens of thousands of dollars per day for efforts to keep us “alive” even though many are comatose or in a vegetative state.

All hospital chains are guilty but a favorite culprit is the Catholic Church, with 600+ major hospitals taking us to the cleaners. They hide behind a self-serving facade of “all life is sacred” while keeping dying patients “alive” in a hellishly artificial manner.

There are older generation citizens dying of brain or throat cancers and it is ugly beyond belief to see them lay there, unconscious, tubes in their throats, stomachs, arms, urethras, etc, with absolutely no chance of beating a disease that eats them alive from the inside. Such folks cannot get well and leave the hospital to go dancing on Saturday night. Not going to happen; they now suffer until they die.

If this writer ever gets into such a state then I want to take a pill and check out. I donate to Compassion and Choices who are helping states legalize the right to a “Death With Dignity” (DWD) via a pill so people may die in peace on their terms. About 8 states and Washington, DC have legalized this so far, but it is a battle, as vested interests in the medical rackets oppose it every time. DWD was legalized in Colorado by a 70% vote of “we the people” but not before the Catholic Diocese of Denver spent $1M lobbying against it – evidently to keep their gravy train of Government and insurance money flowing in.

So it boils down to morality and money, dear reader. Sound familiar? What is your attitude about 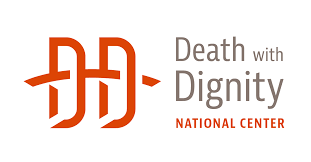 Share your opinion and views on the subject of Death with Dignity in the Comments Section.