‘Medical Professionals are their own worst enemies’ sighs Alan.

‘Like the rest of us?’ asks Paul, with great acuity.

‘Yes, that’s about it’ Alan agrees.

‘Too fucking smart for their own good’ Brett says. ‘And I can prove it. Do I have a story for you folks…’ he gives an unusually pleasant smile around the table, ‘…and as well for all you folks out in cyberland’ he beams, looking straight through the computer into the eyes of the Yaudah Bistro blog reader. He gives every one of you a nasty wink.

‘We can agree that doctors are smart’ he starts off, looking around for agreement. ‘Very high IQ’.

Paul nods. ‘Even in the lousiest shithole country a doctor is considered one of the brightest people around. Look at Syria, run by one very crafty doctor.’

Brett frowns. ‘If that is the case then how do you explain the old and wise expression: ‘The Most Dangerous Thing in the Sky is a Doctor in a Vee-Tail Bonanza.’

‘Ye-e-e-ss’ muses Paul. ‘I do recall that light aircraft being referred to as a “doctor killer”. Why is that?’

Lulu smirks. ‘Why ask Brett? Apart from the fact that he is a know-it-all and will give you free [bad] advice on any subject you ask.’

‘Well looky here young missy’ Brett growls, getting right in her face. ‘You don’t really know me. You don’t know my history. As a matter of fact I am a licensed flight instructor, single- and multi-engine, with twenty years’ experience. That’s why I am qualified to speak on the subject.’

They all look at her. She looks at her beer. Her beer looks foamy. It is getting warm. She drinks it. Now I am writing like Ernest Hemingway.

‘All right, let’s hear your explanation, Einstein’ she shoots back. ‘Doctors often have IQs up above 130, even to 140.

Brett stays right in her face. ‘And that’s why they go and kill themselves, dear Lulu. They think they know it all until a situation comes up they’ve never faced. And then they are right up Shit Creek.

‘Except that when you’re in trouble up Shit Creek, or something breaks on Shit Turnpike, you can pull over to the side of the road to fix it.

‘What these arrogant sons-of-bitches fail to take into account is that you can’t just pull over to the side of the air. You are in the sky, trying to maintain flying speed and not do something that will kill you and your wife and children.’

He has their attention. Medical men are fascinating – even their shortcomings.

The sky opens up and muscly Indonesian Amazons barge past the diners, carrying trays of beer, which rains down upon the table.

Brett (repeating himself): ‘An old saw comes to mind: “The most dangerous thing in the sky is a doctor in a V-tail Bonanza”. It was not for nothing they were known as “doctor-killers’.

‘So here is a summary of my experience as a surviving flight instructor, back in the Florida panhandle. The “Forked Tail Doctor Killer” was generally owned by a wealthy executive or maybe a doctor – basically a good guy who had a lot of money and didn’t care to learn to fly IFR early enough in his or her career.’

‘Instrument Flight Rating’ answers Alan. ‘It means you can fly blind, through clouds or rain, and depend on your instruments to navigate you accurately.’

‘Right’ continues Brett. ‘Once in a while I’d get an attentive, sincere doctor who wanted to learn to fly, and to fly safely – but that was frankly rare.

‘Most were terrible. They are in a hurry; they have a snazzy new aircraft and they want to jump in and go flapping their wings into the wild blue yonder. They are not particularly good listeners, especially to dumb boring shits like flight instructors.

‘I had this one famous heart surgeon – a typical asshole example. Wouldn’t stop yapping on his cell phone – broke the “sterile cockpit” rule.

‘Liked to “drive the airplane”, feet on the floor.’

‘What’s wrong with that?’

Brett scowls. ‘He did not want to use the rudder pedals. The vertical stabilizer is how you turn the aircraft – if you’re half-bright, that is.

‘He kept getting side-tracked with details, and not paying attention one hundred ten percent to flying the aircraft.

‘The fundamental rule of airmanship is AVIATE, NAVIGATE, COMMUNICATE. But this rich S.O.B. found that beneath him and boring. Scared the shit out of me on more than one occasion, when I had to grab the controls away from him – not a very safe maneuver either.’

‘So I think you are going to tell us what happened to the poor sap, and I think I do not want to hear the grisly details so I shall go “freshen up” in the Powder Room, smiles Lulu wickedly. She flounces off.

Brett sighs. ‘I finally put my foot down, and refused to fly with the smart-ass.

‘I told him straight out that I did not want my name in his logbook when he wrecked his pretty new aircraft and killed himself.’

‘Wow, you were turning away business from your flight school,’ smiled Hiroshi admiringly. ‘Pretty confident of you, Brett. And brave.’

‘I know, Hiroshi. The boss damn near fired me over it, even when I reminded him of the problems he would face if a student augured in.

‘Doctor went to our competitor school, bad-mouthing me to everyone. The FBO somehow enabled him to get his private –‘

‘A fancy name for a fuel depot, or repair service, or flight school attached to an airport.

‘So the very next day our brilliant doctor took his brand new Cirrus up for a ride with two friends – also doctors – and one of their wives. Thirty minutes later the Control Tower is yelling at him to straighten up as he goes into a flat spin and smashes into a church parking lot, right next to the airport. Killed them all on the spot. 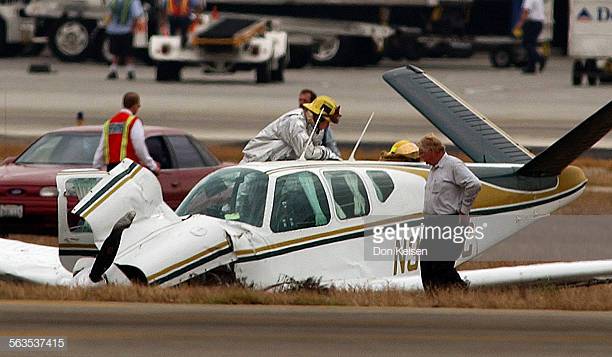 Brett stops for a long, loving draught of cold beer. The rest are staring at him, mouths open.

‘The bastard still gave me a headache when the feds found my name in his logbook and they called me to talk about him.’

‘What, somebody was trying to blame you?’ asks Alan.

‘Yeah, but not the feds. Anybody could tell immediately that this guy was bad news in the air.

‘They walked me. But my troubles weren’t over. It turns out his family was connected to New Jersey Sicilians, and they began to send threats my way.’

‘What on earth for?’ asks Alan, shocked.

‘They blamed me for the crash. They said if I had taken proper care to train him he would never have augured in. Absolute bullshit. But I didn’t stick around for the death threats. ‘So here I am in lovely Indonesia, under an assumed name, hiding out until everybody fades and forgets and history writes off the smart-ass surgeon.

A low whistle from Lulu.

‘I still don’t get it,’ says Alan. ‘Somebody that smart…’

Brett shrugs. ‘What makes Doctors great at what they do tends to make them terrible as pilots. I still say that overall they are the second-worst students I’ve ever had the misfortune to ride with, right behind priests and right ahead of lawyers.’

A small laugh from his audience. At another table a noisy birthday party was going down; it looked like the waitresses were going to have to call the Riot Squad, they were celebrating so hard.

‘Well that’s pretty disapproving, Brett,’ comments Lulu. ‘Just who in your professional estimation is worth training to fly?’

He spreads his hands expansively and smiles. ‘Give me kids, 14-18 years old, any day to teach to fly.

‘For the most part they are awesome – followed by housewives.’

Paul nods in agreement. ‘I’ve worked with private hospitals, trying to get them to upgrade their management systems, and have to pretty much agree with you about doctors.’

Brett: ‘For the most part I’d rank them that way; a considerable number are totally insufferable, will not listen, will not follow directions and have all of the answers, even when they do not understand the questions. They blow half a million bucks on new Cirruses, Mooneys, 310s and whatever they get their hands on, and promptly destroy them – and live to brag about it if they’re lucky.

‘Don’t get me wrong: I love the V tail airplanes, have hundreds of hours flying and instructing in them. They don’t fishtail or bite you unless the pilot is one of the lazy ones who insists on putting his feet on the floor and driving the airplane. They are slippery and can get away from you pretty quickly if you’re not paying attention.

‘But if properly taught any decent pilot can safely handle one.’

‘I still don’t get it’ Lulu says, shaking her head. ‘Most MDs have an IQ over 140 and should easily be able to gain both skill and understanding over any run-of-the-mill Certified Flight Instructor. No offense, Brett.’

He points in her direction, while stuffing his mouth with custom-crafted sausage. ‘That comment right there is exactly why the stereotype exists. ‘Knowledge and experience are two very different things. Let’s pretend Doctor Moneybags has a 140 IQ and the CFI only has a 110.

‘The difference is that the CFI has thousands of hours more time in the pilot’s seat than the MD does. That arrogance about his intelligence is what causes the MD to brush off advice from the CFI and end up panicking and smacking in when some situation they can’t handle suddenly arises mid-flight: icing, stuck control surface, lost in the clouds. They even run out of fuel on occasion. Can you believe it?

‘The famous MD ends up in an obituary column. Maybe with his loved ones screaming and crying all the way down to the ground as well.’

Paul sighs. ‘It is a fact. I don’t think any of us has ever faced a doctor who tells us honestly “I have no idea what is happening and I do not know what to do about this issue”.

The mood was thoughtful. Gloomy maybe. The best medicine for that? More food, more wine, good beer and cheer.

And a toast to the hard-working medical professionals. And to the snarling flight instructors!