A Global Trend the Virus has Supercharged

It’s all the same actually – only the names for the phenomenon differ: dark, cloud, ghost, virtual – and while it is a dream for those creative individuals who love to invent, prepare and present wondrous foodstuffs, it’s a nightmare for money-hungry landlords: you don’t need to be in a fancy building on a ritzy street: you can operate a dark kitchen anywhere. The “cloud kitchen”. It is eloquently defined as a stripped-down eatery.

Think of it as a co-working space for food or a restaurant without a storefront. Also known as virtual kitchens, ghost kitchens strip down the traditional dining establishment by removing dining areas and fancy décor. Instead, they serve as large kitchens for restaurants to prepare food to deliver to customers. It’s a restaurant without a dining area. No elegant storefront in a chichi part of the city. No arguing with a snooty waitress, or trying to ignore the shrieking toddler at the next table. No waiting around (maybe tempting those in your dinner party inclined to “take a tipple” to get themselves loaded, and drive up the bill even before the eats arrive. When you have to deal with “the public”, the situation can go from bad to worse real quick: The fact is that food delivery has become a worldwide trend among consumers, just as home theaters have gradually displaced movie theaters. 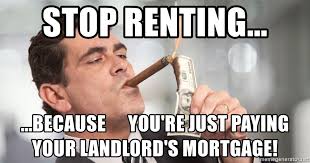 The cloud restaurant business has been accelerating at 20% per year – even before the current troubles impelled “Stay at home!” (for those who can afford to). These four terms are variants on the same theme: the eatery that decides to concentrate on what it does best (planning and preparing appealing foodstuffs), and leave the rest up to the customer.

Just as “home theaters” with massive 70-inch flat screens and quad sound in the comfort of your own den make dressing up and going to the movies an unattractive matter (particularly in Jakarta, where the horrendous traffic is often a decisive factor when making a decision: 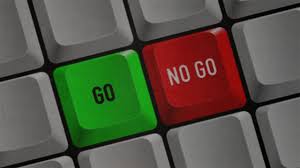 Your plans will be royally screwed if you happen to turn onto “Kali Sudirman”, on your way to a big family celebration at a pricey Glodok Chinese eatery. (Jakarta is sinking, in case you haven’t heard.) Going anywhere in the city became increasingly problematical, year by year, unless you were on foot – and Jakarta (unlike Singapore) is not a “walking city”. Takeout grows steadily, particularly for “fast food” like pizza. With the advent of GoJek and Grab Bike, from around 2010, and their own takeaway food startups (“GrabFood”) the public began to come around to the idea, especially those working in offices or shut-ins who were not able to leave their homes (invalids or those with another medical condition, for instance).

With the aim of shifting more plates, as well as reducing disruption from delivery drivers during service hours, delivery platforms and food businesses have sprung a new approach to food preparation, known as dark kitchens.

These are kitchens located off-site serving only delivery customers. Utilizing advanced food preparation techniques, low-rent space and data-driven optimization, they are designed to maximize restaurant and delivery platform revenue in the emerging sector. The approach is similar to the concept of warehousing in retail. The discrete pop-up kitchens are set up to provide low-cost and efficient hubs for quick production and distribution.

Plenty of examples of dark kitchens are already in operation. In the UK, Deliveroo operates and hosts 11 sites— home to a total 66 units, or ‘Rooboxes’, in partnership with a range of clients such as Gourmet Burger Kitchen, pizza shop Crust Bros and sushi bar Yoobi. These sites are based in no-frills locations in easy reach of popular areas for business. One, for example, is located in an industrial estate in London’s east end, but just a short drive or cycle to the city’s financial center, Canary Wharf, where lunchbreak business is thriving.

Then came the awful “surprise party” [horror show] which today dominates the dialogue: Hi Crony-19! You’re a real prankster, you are. And with all those government authorities, in regimes around the world, yelling at you to “Hide out at home! The virus is everywhere!” This is of course how on-line business gets going like nobody’s business. Just look at Amazon: But is home delivery of takeout / takeaway food safe from viral infection? Well everything is relative.

Harry Cohn, Head of Columbia Pictures (and generally thought of as “the most hated man in Hollywood”) was showing famed scientist Albert Einstein around the back lot of his studio.

Cohn: “Professor Einstein, I understand that you have invented something you call a ‘Theory of Relativity’. Is that correct?”

Albert Einstein (a little surprised): “Yes, that is correct. Why do you ask, Mr. Cohn?”

Cohn (smiling his evil grin): “Well I have my own ‘Theory of Relativity’.”

Einstein (even more surprised): “What’s that?” So you hide out in your luxury pad to avoid getting infected. Work at home, study at home, stay away from everyone else. And you order your elegant meals from a virtual kitchen. But how safe is it to eat that food, delivered to your door by a stranger on a motorbike?

Well, that’s why we suggested the “…everything is relative…” Consider how the CDC pulls numbers out of their ass, sorry, excuse me, how they do a scientific evaluation and risk estimate: So as you can see (or at least how the “Texas Medical Association” accepts it) the risk is tiny.

You could also get a piece of our delicious Ya Udah Bistro pork knuckle stuck in your throat from wolfing it down too fast, Sunshine, and choke to death on it. Ever thought about that? Life is full of exciting risks. And pork knuckle death would be a great way to die, if it’s your time to check out.

Hey, it’s not just about chowing down

Now the “down side”: consider, dear reader’n’eater, the authentic social value in sharing food. Do you really want to go hide in your den and eat takeout food all alone, or with those same faces you see around you day in, day out? Where’s the fun in that? For like forever human beings have enjoyed each other’s company in the partaking of meat & mead. Socializing and food go together, whether it’s the family or the co-workers or the boyfriend. Really, the food doesn’t even taste the same. And drinking alone? Bad sign, as the Japanese observe.

Now at Ya Udah Bistro you can have it virtual or for real. We welcome small groups and massive rallies as well. Best of all you can actually watch our master chefs preparing food, both for on-site service or home delivery. It costs a little more and it’s not quite as hot, but YaUdah Bistro takeout / takeaway is going very strong around Menteng and now Serpong, where we have our newest snazzy outlet.

In our outlets we practice extreme hygiene – always have. But now it’s getting extremer and extremer yet again, with paper menus, masks all around, proper spacing from friends and enemies and our stalwart waitresses vigorously sterilizing everything except the customers. (We’ll leave that up to the domestic drama).

Two decades of the finest Euro-Asian cuisine and foamy firewater, repeat customers loving us galore and swearing by the Bistro. Come by soon or “go ghost” with us and order through the Cloud.