Ya Udah Bistro > Blog & Updates > Society and Our Times > Could you be a DoomSurfer?

Could you be a DoomSurfer? How often do you hear somebody whining “I’m bored” these days? No? Not even some entitled kid, who has just stepped on his smartphone on the way to the bathroom in the early morning and cracked the screen, killing it? (Goes into immediate withdrawal with no internet.) Not even your greedy girlfriend, who sneered at the Rp 24,800,000 handbag you bought her (after she pointed it out in a display case and giggled “That one’s cute”)? (Ditch the bitch. That should keep her entertained & frightened for an hour or so.) There is just too much relentless, unstoppable excitement around, what with economic insecurity, a pandemic, nuclear war on the horizon, UFOs peeking into our lives, police brutality and Antifa counter-brutality, poison in our food. And so on. What an exciting time to be alive.

I propose the notion that everybody on the internet is an adrenaline junkie. There, how’s that?

Adrenaline junkie is a phrase that’s used to describe people who enjoy intense and thrilling activities that generate an adrenaline rush. Other terms include sensation seekers, adventurers, or thrill seekers.
They’re the type of people who enjoy things like skydiving, extreme sports, or potentially dangerous lines of work, such as firefighting or emergency rescue.

When you’re excited, afraid, or emotionally charged, your body produces the hormone adrenaline. When released into your blood, this hormone increases your heart rate, blood pressure, and breathing rate, which can sharpen your senses and give you a boost of energy.

Some people seek this sensation in the same way that others might chase a high from a particular drug, hence the term adrenaline junkie.

Academic scholars have even attempted to analyze and categorize the urge for excitement, through what has become known as a “Sensation Seeking Scale”.

Items from the Sensation Seeking Scale include: Even animals can be adrenaline junkies. “Hey, when do we go outside? Where’s my frisbee and why aren’t you throwing it for me to catch? How come we can’t go out for a ride on your motorcycle right now? Yes, RIGHT NOW!!”

But not today, Chick. Today is “Stay-Day”. No matter how many thrills you need to stave off the angst of existence, you better avoid the bouncing ball of CornyVirus by sticking around your residence …

… or the Angel of Death just might drop by and check on you. He’ll cool down that adrenaline high, real quick.

Thus, the internet. A “safe space” for the excitement addict. Still … what could be the most exciting, scary, thrilling site to search out? Well let us just go back to an elementary principle of mass communication: 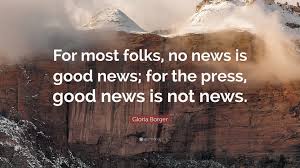 Read the blats, listen to the shock jocks on the radio, get sucked into the internet: DOOM COMPELS.

A doomer is someone who believes that global problems—including but not limited to ecological exhaustion, such as overpopulation, peak oil, climate change, and pollution—will cause the collapse of civilization, significant human population die-off, and potentially lead to eventual human extinction.

This is not a new phenomenon. During the 1950s it was fear of global Communist domination, then nuclear war between the great powers, followed by such phenomena as continental extinction from the Yellowstone Supervolcano, promising earthquakes, volcanoes and hydrothermal explosions, all for your surfing pleasure. Now we have a global pandemic on our hands, thanks to the exciting Coronavirus, or COVID-19. Never a dull moment, is there?

For readers there is even a “…new literary genre…” of “…a growing body of work that could be called “doomer lit”—writing that takes seriously the idea that catastrophe is our fate, and despondency a rational response.”

“The Day after Tomorrow”, “Armageddon”, “Deep Impact”, “The Road”, “Mad Max” and other big-grossing movies. Now it’s the internet, with websites like www.kunstler.com which deal with ongoing crises. So it’s not only brain cancer you should worry about from obsessive mobile usage – it can also screw up your neck!

Well now that Ya Udah Bistro Menteng is open to the public once more, there’s your answer. Come by with friends and family , colleagues and even adversaries from the office, and as long as you are prepared to deal with the “New Normal” reality of masks on waitresses, steady sterilization of all surfaces and social distancing, you are more than welcome to return to our friendly premises, and partake of the finest Euro-Asian salads, pasta, meats and strong or sweet drink you can imagine.

We have specials on for takeout / takeaway as well. Hopefully our Serpong Branch of YaUdah Bistro will be open around 15 June – stay tuned to this site for more info. And then turn off the internet and go for a stroll or a swim or a hike or anything else. It’s bound to be better for you than obsessing with your “ding-dong” (that’s what kids here call their devices).

Chat to order takeaway
Start a Conversation
Hi! Click one of our member below to chat on Whatsapp
The team typically replies in a few minutes.
Order Takeaway
Chat to order for Takeaway
I will be back in 0:7