HOW FAT IS ANTI-SOCIAL

NOT JUST “FAT-SHAMING” – IT’S A BURDEN TO SOCIETY

With the rise of big Big Government there has been a parallel increase in what is known as ‘social responsibility’ on the part of citizens, organizations and even local and regional governing authorities.

Consider as an example of ‘growing social responsibility’ the way citizens should be required to properly dispose of trash – primarily FMCG packaging like snack packaging, drinking water bottles and single-use plastic bags. This is a major environmental concern, across Asia, Africa and Latinoamerica. It’s 1919, and you live in a Javanese village. Consider the simple act of walking down a path, eating a sticky-rice sweet in a folded banana leaf. You finish your snack and discard the leaf into the bush, without thinking about it – and within six months that piece of vegetation has decayed and joined the earth, disappearing completely. Fast-forward to 2019. As you motor down the road you see a heap of garbage – a likely place to throw away your plastic packaging; unless someone comes by and shovels it up, it’s still going to be there ten years later, drawing rats and flies, polluting the public space; sooner or later the city will hire someone to go scoop the mess up and take it to a landfill, which is also a pretty horrible ‘environmentally-unfriendly’ locale.

As a matter of fact Jakarta’s landfills are rapidly approaching maximum capacity – and they are not pretty places to visit. Plastic takes years to degrade, and worse, today much packaging is BOPP film, tough and resilient. It lasts virtually forever. This marvellous packaging is gaily discarded anywhere, gumming up drains, jamming streams and rivers, choking sea creatures and fouling the ocean floor. Pity poor Asian cities – and don’t be careless in Europe: if you throw trash to the side of the road in Germany and the Polizei catch you (and they will- German police are quite efficient, not to mention surveillance cameras everywhere) you’ll be levied a thousand-Euro fine or even awarded jail time for your disgusting act – something which many uncaring refugee immigrants have discovered to their sorrow.

Only now are Asian countries starting to follow environmental trends in the west, cracking down on polluters, both industrial and private. The authorities are getting serious about pollution. A couple of months ago some carefree Jakarta boy was crossing a bridge across the Ciliwung River, and threw a plastic bag full of food scraps and trash over the side. Bye-bye! Unfortunately for him, a military man was passing by; outraged, he demanded the kid go down and fish his trash out of the water.

The guy just shrugged, ignored the command and started to stroll off; next thing you know, the enraged soldier grabbed the boy by the jacket and threw him over the railing into the river. Sink or swim, baby. Learn to be responsible.

Not littering is clearly a matter of basic education and it should start off in the home and school system.

Many of Indonesia’s fine white sand beaches are in a tragic condition, smothered in plastic litter. Swimmers also find they are faced with plastic pollution, even way out to sea.

As with many of these environmental efforts, it is the expatriates who are in the vanguard. The Korean School in Jakarta famously has clean-up trips to the beach (which initially amused the locals, too lazy to clean their own environment). And the tourist areas of Java, Bali and Sumatra are quite aware of the effect such ambient litter can have on the tourist trade.

Krui, in West Lampung, is a famed surfers’ site, and there are numerous surfing-friendly hostels to stay in. Alas, the Krui beach, popular with local picnickers and swimmers, has been massively fouled with garbage; thus, enterprising foreigners like Zane Redman of Hotel Zandino got together with school officials to organize groups of students to participate in garbage pickup festivals. They scoop up tons of litter – mostly plastic – off the beach. It’s fun and it’s educational – a community effort ideally translating into more responsible behavior on the part of visitors to the beach in the future.

Cleaner beaches translate to a better reputation and more tourists; more tourists signify more money circulating in the community and more work for local people. Once that idea is inculcated, change becomes possible. It happened in Japan and now China is forcefully moving in the same direction.

So how about smoking? A private matter? None of your business? Well that’s fine until the smoker cannot work, cannot support his family or pay his bills (or taxes) – and then gets the BPJS ‘National Health System’ to cough up Rp 400 million for a lung operation, or transplant. Why should millions of non-smokers be responsible to pay to treat damage to the heart, lungs, liver and even the brain from tobacco? Australia deals with this by whacking a great huge tax on ciggies: at A$40 a pack they will be the most expensive in the world. Tax proceeds can be directed to the National Health Service, as those smokers will certainly be heading that way sooner or later. Now we are homing in on one of the great maladies of the age: obesity is a global crisis… … particularly in the wealthy countries. Look at the men who fought in the last World War – the ones we call ‘the Greatest Generation’. Not a fatty among them.

You’d have a hard time assembling a group of soldiers this lean and mean today. For many westerners – especially Americans – there is nothing out of the ordinary about being <ahem> ‘heavy-set’. It is a ‘new normal’ apparently. There was even speculation that 2008 Presidential Candidate Barack Obama could not win the election because he was ‘too thin’! Any honest doctor will tell you that excess weight is a health hazard: ‘In adults, overweight and obesity are linked to increased risk of heart disease, type 2 diabetes (high blood sugar), high blood pressure, certain cancers, and other chronic conditions. ‘Research has shown that obese children are more likely to be overweight or obese as adults.’ So Mommy stuffing Junior with all those extra calories is probably shortening his lifespan. (Horror story: Japanese mothers bribing their children to eat more steamed white rice [‘go-han’ or ‘ご飯’] by allowing them to eat ‘fan-han’, or steamed rice with Fanta poured over it.) 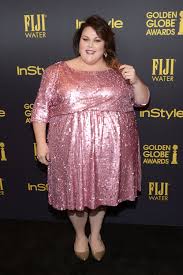 But then some fatty pipes up and says ‘That’s none of your business! I choose to get plump and I’m not embarrassed about it. Stop fat-shaming me!’ So a new term pops up in the English language. Fat-shaming. As though being fat wasn’t just a danger to oneself, but actually a burden on the family and even to society – like polluting and smoking, the public will have to pick up the bill: ‘Obesity is one of the biggest drivers of preventable chronic diseases and healthcare costs in the United States. Currently, estimates for these costs range from $147 billion to nearly $210 billion per year. In addition, obesity is associated with job absenteeism, costing approximately $4.3 billion annually and with lower productivity while at work, costing employers $506 per obese worker per year.’ 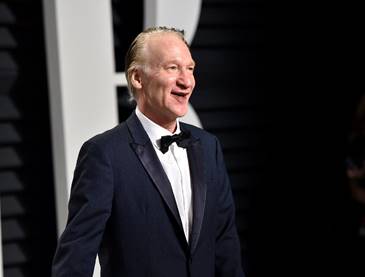 It’s such a hot topic today that television talk show hosts are even fighting about it.

What is the prime cause of obesity? That’s easy: Of course it’s also exercise (rather, the lack of exercise) and a sedentary lifestyle as well. But the Number One Culprit is the crap they serve at fast food joints. Huge servings, drenched in fat, sweetened with sinister high-fructose corn syrup – the corporations are killing you to make big profits, folks.

Friend, instead come down to Ya Udah Bistro. Enjoy freshly-prepared healthy fare (all right, some not-so-healthy tasty fare too, we admit) prepared from fresh ingredients, before your eyes. Our curry fries are not cut-and-cooked-and-frozen-and-defrosted-and-deep-fried-AGAIN like McDonald’s or KFC junk. They are fried and dusted before your hungry eyes.

We take care; we serve hygienic, tasty, balanced Euro-cooking at a fair price. But you still have to get off your fat ass and walk walk walk or ride that bicycle or climb those stairs or do your daily swim!