Named for What they Represent

As a kid I was vaguely interested in astronomy, but could never figure how the ancients, who apparently had too much time on their hands (while their slaves were scouring the fields, growing the grain and herding the animals) managed to attach such screwy names to celestial clusters. Do you see a bear? Do I see a bear? I don’t see no bear. What were those ancients smoking anyway? Oh fine, now we see it. (Pack of cheaters.) Trouble is that folks five thousand years ago didn’t have the convenience of computer graphics to conclusively demonstrate how their imaginations were running wild with them (religion took care of that, in fine bloody fashion). Watch out or the scorpion will sting you, Hugh. Do you see a scorpion, Commodore? No? Here, take a deep toke off my blunt and maybe it will come into focus for you. So wassamatta-witcha? Don’t see a swordsman lopping off heads? Well there cowboy, me either. The ancients were obviously full of it. No telly, no intarwebs, not even any electrical mains power to keep them amused all those dark nights long.

This fun hobby was known as “asterism” and there’s you another new word for the day, Mrs. Astor. Wikipedia is typically diplomatic about such flights of imagination:

In many early civilizations, it was already common to associate groups of stars in connect-the-dots stick-figure patterns; some of the earliest records are those of ancient India in the Vedanga Jyotisha and the Babylonians.[citation needed] This process was essentially arbitrary, and different cultures have identified different constellations, although a few of the more obvious patterns tend to appear in the constellations of multiple cultures, such as those of Orion and Scorpius.

All right – I’ll agree to the vague resemblance: the “Big Dipper”, which sort of resembles the gayung Indonesians use for their daily splash-baths (yes I am being censorious – the only way to get a human body clean is to sit down resolutely in hot water) (and that’s why the Japanese are such a hygienic race – at least compared to those stinky white devils of yore).

More to the point are objects named after animals they seem to resemble: And speaking of pig, now that lunchtime is about roll around, how’s about that fancy pork knuckle at YaUdah Bistro? 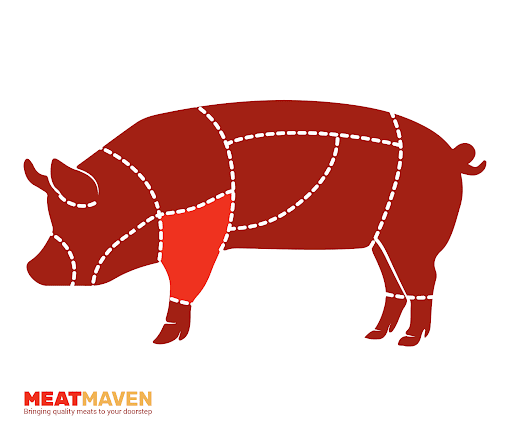 It may cost you an arm and a leg but then again you can’t eat that arm and a leg unless you happen to be a frisky Papuan warrior. (It’s only money, honey.)

YaUdah Bistro pork knuckle is delectable Germanic flesh cuisine at its finest. Speaking of things-named-for-other-things, there are plenty of other knuckles about, as well: Now while unimaginative Westerners may call these “vise grip” and “channel lock pliers” the Indonesians much more colorfully call them by what they represent: “crocodile pliers” & “bird pliers”.

Then there are the madcap, fun-loving inmates of Thailand, for whom life is only living if something exciting, naughty and maybe dangerous is going on. Can you guess what they call this cast-iron differential unit, on an old-fashioned front-engine, rear-drive automobile? Why it’s funny you should ask (of course you didn’t ask): they nickname it the “testicles” of the car.

Now just so you YaUdah Bistro eaters’n’readers don’t get any funny ideas we’d like to confess that there are no testicle dishes on the opulent menu at the Bistro, not today anyway. We do however have a full selection of pasta, fish, salads, meats and either sweet drinks or firewater to wash it all down with.

During the “New Normal” (actually it’s a “New Abnormal” with the raging pandemic but we’re supposed to pretend we can carry on as usual, more or less) all waitresses are wearing masks and gloves, menus are disposable paper items (not for eating, however, no matter how hungry you are and how long it takes to chase the chicken, tackle it, slit its throat, dress the bird, heat it up and shoot it to your table). Everything is sterilized except the customers (old joke, I know). Open at usual extended hours and still going full-bore, raging along with our excellent Takeaway / Take Out service.