The internet has been a wonder and a blessing for billions of people around the world – not least for us expatriates, separated by the seas from our homelands, friends and families. Being able to stay in touch with those we cherish and – wonder of wonders – re-establish contact with acquaintances and colleagues from decades ago, having lost contact in the course of moves and changing jobs. 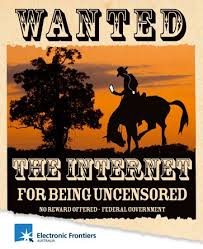 Alas, there is a definite dark side: the WorldWideWeb has shown itself to be a creature of the “Wild West”, undisciplined, outrageous, spectacular, and smasher of taboos.

Hoaxes, fantasies, outright lying campaigns and fraud have all found a warm, welcoming home on the Web … since … Yes, internet anonymity is wonderful and empowering – but also an invitation to be a very bad and impolite person, insulting others, spreading lies and calumnies, and cheating.

The Web is home to some of the vilest swindles imaginable, threatening lonely single old people out of their savings for fear of arrest (“We have information the taxes on your house are not paid and will seize your property…”) (usually with a thick Indian or Pakistani accent), promising elusive fortunes for cooperation in money laundering (“My late father the Minister of Monkey Business in the Central African Empire and we want to give you good self the sum USD $14,000,000 dollars for you kind help to Princess Ungawa…”) Yeah yeah yeah, I’m supposed to believe this, and give you my personal details, and bank account number, so you can take me for <alas, much less than> my USD $ 4,200,000 million two hundred thousand dollars dollars.

[Oh really Your Highness? Well my granny is the Queen of England] You would not believe just how much money has been extracted from poor lonely suckers – many elderly and widowed – by practitioners of cybercrime. Nor should one imagine that it’s only desperately poor, unemployed Africans who indulge in such rogue operations.

Here’s global-scale millionaire fraudster Tony Kenway … or rather “the late Tony Kenway” who used the relaxed immigration laws of Thailand to set up a “boiler-room” operation which chiseled millions of Pounds, dollars, Euros from pensioners.  Alas, Tony ended up crossing the wrong people once to far – and got a head of lead for his arrogance. [The “Wonderful World” of e-tailing … NOT]

Well the statistics-mongers inform us that nearly two billion people shop online as of this writing. That should be proof enough that it is a wondrous, trustworthy and reliable way to make your daily purchases, right? Particularly with the urgent “STAY AT HOME!” orders we are given, to attempt to break the daisy-chain transmission of Cootie-19.

Not exactly. If you have spent much time or even a little money on on-line purchases you will probably have ended up burned, frustrated, annoyed and definitely disappointed.

Here, courtesy of feefo.com, are ten of the commonest fails in online shopping:

Among the grim details:

Unwittingly buying a fake product has also left customers fuming, with etailers sometimes among the most difficult to contact to complain.  Celebrated independent feedback forum Feefo, which supplies honest and transparent feedback to hundreds of companies all over the world including The White Company and Thomas Pink, today released a list of the ten most annoying aspects of online shopping. Feefo managing director Andy Mabbutt warned customers to double-check accountability before buying anything over the internet.

The warning comes as Consumer rights group Which? also urged consumers to be wary when shopping online. In a survey of 1,303 people, it found that nearly one in ten had bought a fake product by mistake in the past two years and nearly a quarter of fake goods were bought from websites including online giants Amazon and eBay.

Mr Mabutt said while online shopping was growing in popularity and did ease the stress at Christmas, shoppers should target the right etailers. “Buying at the push of a button is extremely attractive at this busy time of year as is the idea that there may be bargains to be had online,” he explained.
“But online shopping raises certain issues for the consumer and it’s here where feedback from established customers really proves to be crucial to making the whole process as stress-free as it should be.
“From our research we have spotted some of the things that are most likely to leave the shopper annoyed and frustrated when they least need to be. Christmas is a hectic time and anything which can make that endless list of jobs to do that bit easier has to be a good thing.”

Shoppers also cited “faceless suppliers” and being unable to contact an online retailer to complain as a major problem, along with a lack of notification on changes to delivery times and delivery drivers being unhelpful (i.e. refusing to deliver a parcel past the front door).
Those using the internet to find gifts also claimed it was often difficult not to be able to see and touch the product and feeling disappointed by inaccurate descriptions. People everywhere are beginning to appreciate the undeniable advantages of strolling through a bricks’n’mortar establishment, touching things, looking at them closely, comparing prices and qualities. Do you really know precisely what you want? Sometimes. A traditional store will offer a variety of nice surprises – naturally, at a bit higher price.

Prices even out, however, when you find you have been delivered the wrong item, or it was falsely advertised, or it was out of date.

This writer will provide three sad examples, all regarding purchases made in Indonesia through Bukalapak – with the admission that in general I have been quite satisfied with the products delivered to me in my mountain abode, hiding out behind a volcano from the nasty Cronyvirus-19.

Successful purchases include exotic western foods like tahini and Ry-Krisp, which they’ve never even heard of in Sukabumi. The battery life on my Brica B-Pro 5 “action camera” is quite short so I decided to order two spares, through Bukalapak. Purchasing these tiny rechargeable batteries at the Jakarta photo shop where I bought the camera would cost me around Rp 300,000 each. The price on Bukalapak was only Rp 50,000 – which should have been a warning for me. If the price difference is too great (and it was), then I should have thought twice about buying these extra batteries…

…which would not charge very well. And which were about 0.5mm narrower than the original, so they rattled around in the camera. They were labeled B-PRO 5, they looked like B-PRO 5, smelled and tasted like the original, but were obviously duds.

So am I going to waste several hours, phone calls, return postage etc. on my Rp 100,000 purchase? Without any guarantee of getting a refund? (“Oh you have marked on these batteries. We can’t sell them [to another sucker] now. So no refund.”)

Second story, also photographic, also purchased through Bukalapak. An extendable monopod, advertised as a “monopod and selfie stick”. I was in the market for a selfie stick so I could photograph my beautiful face more often. Product ordered, product delivered. It’s a monopod, PERIOD. No way could you call this a “selfie stick” – unless you wanted to suck in more victims. I tried to return it, undamaged, carefully repackaged in its original case and plastic. The camera store said no. Now I have myself a nice but unwanted monopod. And I have learned my lesson: Be very cautious about on-line shopping.

Let’s see what Bukalapak says, when I go through the laborious process of corresponding with them by email.

Alas, unlike Lazada, they do not offer any English-language catalogue or service. So there is another hurdle.

Hiding out behind Gunung Sukhoi, I have already given Bukalapak several million Rupiah worth of business, and been quite satisfied with their quick, accurate and certainly economical service (with the exception of a Sony DVD player with no headphone jack – but not checking that before I bought it was my own fault).

At this point I am thinking “The only reason to buy on-line is if you are physically unable to go to a bricks-and-mortar joint.” But that is currently the case with “auto-quarantine” so thanks Bukalapak – now refund my three hundred fifty thousand Rupiah.

Now in the case of Ya Udah Bistro you can have it both ways: order on-line, pick it up yourself, have it delivered or drop around to our Menteng outlet or the Serpong establishment. In either case you get the finest Euro-Asian cuisine, freshly prepared with ultra-hygiene before your eyes (or your virtual eyes).

Ya Udah Bistro, in tune with the times, has everyone maintaining distance, wearing masks (and gloves, for the wait staff) and sterilizing everything except the customer (who does not for some reason want to be sterilized). At a right price. Come by and see for yourself, and use the internet for what it’s best at: pr0n.