THE PUZZLE OF THE ‘HIGH-FUNCTIONING ALCOHOLIC’

‘Drinking is bad for you.’ Now there is one of the very few statements that one can make where there is practically no disagreement whatsoever. Every adult in the world who can read and write – even those who love their five o’clock cocktail, stein of beer in the bar by the shipyard or flagon of wine – will reluctantly agree.

Even the word ‘drinking’ in English: how come it goes without saying that it refers to intoxicating liquors?

It’s history. For thousands of years men and women – and sometimes children – have been using alcohol as a daily sedative or weekly celebration, and for those same thousands of years others have been passing laws banning or restricting it. Ethyl alcohol, or ethanol, tends to impart a pleasant feeling, when taken in small quantities. Too much and you pass out. Much too much and it can be the hospital or even the morgue. ‘A state of being overpowered by intoxicants’ is the innocent definition. Cause of some merriment and much sorrow: broken homes, violence, death on the roads. Its close relative, methyl alcohol (or methanol), looks very similar. Both have a pleasantly sweet odor.  One key difference to bear in mind is that methanol, even in tiny amounts, will bring on blindness or even death, as Indians who drink bootleg spirits in dry states have been discovering to their sorrow for years.

This succinct BBC World story may be puzzling to those unfamiliar with the complex mix of cultures in the world’s biggest democracy: ‘The consequences of drinking illegal alcohol sold on India’s streets could not be more serious. An estimated 126 people have died this week in West Bengal, but it’s a problem that has blighted the country for years.

‘In 2008, at least 107 deaths were recorded in Karnataka, with another 41 in Tamil Nadu. The following year, more than 100 died in Gujarat, where alcohol is prohibited – the authorities last week introduced the death penalty for those supplying it.’

We are undoubtedly not talking about suicides. Rather, people want to have a pleasant feeling but instead end up blind or dead. For a largely non-drinking society like that of Java, this may indeed be puzzling.

And lest the reader come to the conclusion that it is only in a country with many poorly-educated people that this can happen, the BBC story goes on to say ‘There have also been cases in Europe of deaths resulting from illegal alcohol production. In Italy in 1986, 23 people died from drinking methanol-adulterated wine, and a year previously, diethylene glycol was found to have been added to Austrian white wine to make it sweeter, but fortunately no-one died.

‘Alcohol is a poison and in large doses it can kill, says Dr. Patton, and the danger with alcohol produced illicitly is that the consumer does not know what substances have been used to produce the liquor, or indeed how much alcohol is present.’ In the UK alone, about 500 people go to accident and emergency departments each week with alcohol poisoning, he adds.

So let us go back to the beginning; sometimes starting in the mists of history is an annoying exercise but in this case it can be fun. A hundred thousand years or so ago our illustrious ancestors were strolling through a jungle, taking care not to step on a poisonous snake or present themselves to a hungry carnivorous predator. (Speaking of which, we truly hope you are reading this fancy fantasy while enjoying a fancy carnivorous or even vegetarian meal at YaUdah Bistro, where good times reign and tummies are happily filled with the finest Euro-food and Asian fare, all priced right, from early in the morn till late at night). 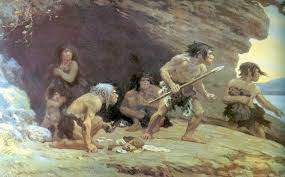 Our hairy half-ape ancestors (assuming you believe in evolution and not in fairy tales) come to an open clearing, perhaps near a flood plain. There is a puzzling sight. Monkeys are staggering around and a few large mammals cannot walk in a straight line without falling down. What’s going on? 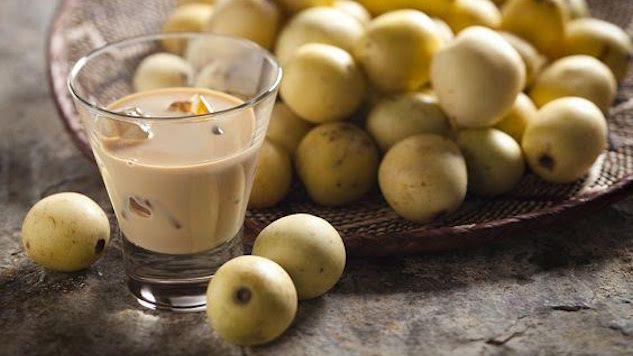 Someone notices that water has gathered in a shallow pool in a flat rock – and fruit from overhanging tree branches has fallen into the water. The animals are warily sipping this dark water before acting silly. Are they poisoned? Well, they are certainly coming back for more. One of the humanoids cups his hands and tastes the foul water. It even has a smell to it. He makes a face – nasty stuff. Then a few minutes later he makes another face – hmm, not so horrible after all.

The others, seeing this guy looking unusually pleasant, sip the fermented water as well, and are soon cavorting around and falling about drunkenly just like the animals.

Thus was the ancestor of the Oktoberfest born. By accident. In Africa there is even a special tree, the Marula, whose rotten fruit falls in great showers at certain times of year. Animals of all sorts gather, eat and get drunk, as this famed YouTube video displays. And along with the drinking came the prohibition on drinking. The social side of drinking has a long, long history: ‘There’s always been a tension in history: people want a safe night out, but they also demand freedom and an element of anonymity.’ 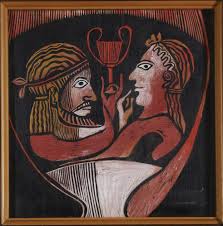 ‘[Professor Bellis] added that one of the first recorded parties was thrown by Gilgamesh, a Mesopotamian king who lived around 2,800BC. The epic poem about his exploits records how he promised workers “ale, beer and wine as a river so I could give them a celebration like New Year”.

‘Professor Bellis said: “That’s a loose translation, but from it we know that New Year celebrations date to the beginnings of civilization. History is rich with this kind of thing. People look for an escape from the social and behavioral constraints of the day. That’s what night has always been about.’

Even when people know alcohol is bad for the body they still indulge. (Are you enjoying a Panther Stout or glass of table wine at the Bistro as you read this?) (Am I having a Weißbier as I am writing it?) Strangely enough, however, many powerful, successful and wealthy people through history have been heavy drinkers – but the interesting question is whether they enjoyed their success because of drinking or in spite of it. The legendary motorcycle racer Joey Dunlop won 26 races on the Isle of Man TT circuit – by general agreement the world’s most deadly. Every year there are several deaths of riders, marshals and spectators on ‘the Island’, as races are held on public roads, often in fog and rain, with average speeds on one 37-mile lap of well over 200 km/h. Joey was, however, the subject of a storm of criticism when he openly remarked that he liked to have a pint before going out to race. While everyone can agree that racing motorcycles and drinking alcohol are a deadly mix, the calming effect on the nerves can be a mitigating factor.

But how about serious drinkers through history, the ones technically known as ‘high-functioning alcoholics’?

‘A high-functioning alcoholic (HFA) is a person who maintains jobs and relationships while exhibiting alcoholism.[1][2][3]

Statistics from the Harvard School of Public Health indicated that 31 percent of college students show signs of alcohol abuse and 6 percent are dependent on alcohol. Doctors hope that the new definition will help identify severe cases of alcoholism early, rather than when the problem is fully developed.’ Some names you will recognize among the famous heavy drinkers: Alexander the Great… Kemal Ataturk… Benjamin Franklin… Karl Marx… Ulysses S. Grant… and on and on. In 1971 there was an urgent issue of international relations – Alexei Kosygin, the Soviet premier, got on the ‘hotline’ to Washington. Unfortunately his call did not get through: ‘Tell the Premier that President Nixon is too drunk to come to the telephone’ was the message. The Russians – great drinkers themselves – undoubtedly understood the problem. It gets serious when your airplane driver is a serious drinker, even when they assure you that alcohol will not interfere with their flying skills. Hard to believe, no? 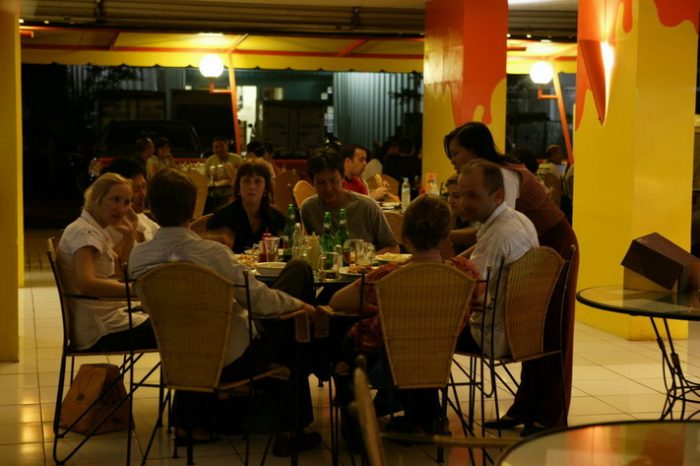 Well in any case alcohol is here to stay, and as long as it stays here we’ll be in control and taking it easy.  No point in drowning at the bottom of a bottle. Eat, make merry, enjoy life because it’s mysterious and fleeting. Food should accompany hard drink, in a balanced life. Keep it fun, look appealing and stay healthy, with ‘social drinking’.

Drop around for dinner, awaiting the reader at the majestic and hospitable Ya Udah Bistro, now in Serpong (with a special non-smoking air-conditioned section) as well as the classic location in Menteng, near Gondangdia Station. Ya Udah Bistro is an historic site in Central Jakarta, featured approvingly in famed tour guides like Lonely Planet. Come around, eat, drink and make merry.

Smoke, drink, eat, laugh and yell to your heart’s content, in an elegant, polite environment, a breezy outdoor atmosphere where you can discuss all those big deals awaiting you in 2020.