We Secretly Love the Digital Dictatorship and then the year itself rolled around: Nineteen Eighty-Four came and went, came in like a kitten and went out like a dead dog. A dud. The feared year of George Orwell, whose novel howled a warning about a state where total totalitarian police surveillance exercised absolute control over our lives – well, frankly Martha: it was a bust. No deal, Lucille. Nothing, a ‘Nothingburger’ as the expression goes. Remember the story of the frog? You set him in tepid water and turn the heat on. Bit by bit by bit it gets warmer and warmer, but it is so very gradual that Froggy doesn’t notice how hot he’s getting… until he boils.

That is, according to many observers (and this writer) how the all-seeing, all-controlling Corporate Surveillance State has extended its tentacles into every aspect of our lives, oh so gradually – in all of the “developed” countries.

Inmates of the United States of America, “Lana the Free and Homer the Brave”, are not noted for their grasp of history or command of historical significance. Let the Euros dwell on that. The Germans, the French, the Italians, the Russians – all trapped by their monuments, cathedrals, palaces – useless history. Most Americans simply do not realize how their own much-vaunted “freedoms” have been nibbled away – and one choice example is the confiscation of physical gold in 1933 by the newly-inaugurated Roosevelt administration. Just like that: it was suddenly illegal to hold gold (which has always possessed intrinsic value, throughout history) – but the Government, whom we all trust deeply, would exchange your gold for pieces of paper with dead presidents’ pictures on them. Do you trust the fiat money which governments print gaily, without concern? Well in fact you have no choice. You have to trust it because they tell you to, and you can’t pay for your six-pack of watery beer and killer ciggies with gold Krugerrands… (not that I’ve tried to recently…) Many Americans were undoubtedly reluctant to turn in their gold – but they knew it would be seized in any case, and then the fuzz show up and they’d go to prison for trying to hide it. Fresh in everyone’s memory was the 1920s hyperinflation of Weimar Germany, when a desperate, stricken Government printed millions, then billions, then trillions of worthless Reichsmarks. A loaf of bread (an object with real value) would cost a German hausfrau ten million Marks in the morning, and she’d better buy several and stock up because they’d be selling for forty million in the late afternoon – and tomorrow there’d be no bread in the bakery. “Luckily” (sarcasm on) World War II came along and rescued the American economy and gave the Germans a chance to loot Europe (Hitler’s Reich was bankrupt by 1938). But the democratic countries agreed to sacrifice their freedoms to win the war. And afterwards? Did they get them back? President Truman certainly didn’t think so. But that is ancient history (although the Americans certainly never let anyone forget who won the war – the Soviets, right?). What about today’s “freedom from oppression”?

The United States of America is embroiled in a very serious political faceoff, where politics is not working and the economy is headed into unknown territory as well. Exciting time to be alive! A sense of amnesia rather pervades the U.S.A., so the loss of every bit of freedom, which resented awhile, is soon forgotten, as team sports, show biz, media glitzes and the festival of eternal warfare in faraway lands entrances the populace. This is most convenient for the powers that run the country. “It’s for your own good. If you are a law-abiding, patriotic citizen, supporting our Government in its fight against [anarchy / populism / terrorism / Communist Soviet threat / white nationalism / Islamic extremism / fill in the blank:]” And they criticize China, which has to be the world champion of surveillance. The Government of the PRC boasts that it can scan facial images of the entire 1.3 billion population in a few seconds.

So you cover up your face, with a burqa or a hoodie. Ha ha! how can they nail you now? All the media coverage about facial & body recognition, wiretapping, surveillance cameras everywhere and data banks on everyone – it’s all covered from a negative point of view. Yes, privacy is history. Did you get that, readers? About to hit 8 billion fellow bipeds roaming the planet, many of whom do not wish you well, and would like to take your car, your money, your little daughter or your life, does surveillance not offer a certain comfort? The world is crawling with criminals. SMILE! You’re on camera. And so are the bad guys with firepower.

LONDON — London’s police department said on Friday that it would begin using facial recognition to spot criminal suspects with video cameras as they walk the streets, adopting a level of surveillance that is rare outside China.

The decision is a major development in the use of a technology that has set off a worldwide debate about the balance between security and privacy. Police departments contend that the software gives them a way to catch criminals who may otherwise avoid detection. Critics say the technology is an invasion of privacy, has spotty accuracy and is being introduced without adequate public discussion.

Britain has been at the forefront of the debate. In a country with a history of terrorist attacks, police surveillance has traditionally been more accepted than in other Western countries. Closed circuit television cameras line the streets.

The technology London will deploy goes beyond many of the facial recognition systems used elsewhere, which match a photo against a database to identify a person. The new tools use software that can immediately identify people on a police watch list as soon as they are filmed on a video camera.

It’s an exciting age we live in, indeed: Security camera footage published Friday by Mexican media showed the murder of an Israeli crime boss and his associate earlier this week in Mexico City, with the two being shot at close range.

In the video, a woman — apparently Esperanza Gutierrez Rojano — can be seen dining with a second unidentified suspect at a restaurant in the Mexican capital on Wednesday. She then gets up from the table and strolls over to an outside seating area with the other suspect in tow before they pull out their pistols.

The two can then be seen firing their guns before running back into the restaurant to flee from another entrance. Footage taken from a different angle shows what is reported to be the Israeli men at their table sitting with another woman the moment they are shot at close range. She might have made her getaway in the old days, or put together an alibi. But not in an age of surveillance: the poor shooter-lady is toast.

SO SURVEILLANCE IS GOOD AND BAD, BOTH AT THE SAME TIME

It kind of depends where you travel, whether you’ll be caught on camera or not. Some countries have invested much more heavily in CCTV equipment than others.

The findings were interesting and a little surprising:

Do criminals care? In many cases, apparently not. Many act out of impulse, or an addiction to excitement and danger. There is also the factor known as ‘Crime Opportunity Theory’:

Crime opportunity theory suggests that offenders make rational choices and thus choose targets that offer a high reward with little effort and risk. The occurrence of a crime depends on two things: the presence of at least one motivated offender who is ready or willing to engage in a crime, and the conditions of the environment in which that offender is situated, to wit, opportunities for crime. All crimes require opportunity but not every opportunity is followed by crime. Similarly, a motivated offender is necessary for the commission of a crime but not sufficient. A large part of this theory focuses on how variations in lifestyle or routine activities affect the opportunities for crime.[1]

Opportunity thus becomes the limiting factor that determines the outcome in environments prone to crime because the offender generally has little or no control over the conditions of the environment and the conditions that permit particular crimes are often rare, unlikely, or preventable.

If a potential holdup artist, mugger, smash’n’grab thief or rapist thinks their faces are being recorded by a surveillance device, will this deter them? Will they tend to control their impulse to violence?

“Put the knife down for me…” could be great song lyrics. (The Brits are so cute. In the good ole USA they’d have blasted a hole or three in the chump by now.)

It’s not just crimes of violence; consider crimes of property…

According to the most recent estimates, 49% of local police departments in the United States report using CCTV, with usage increasing to 87% for agencies serving jurisdictions with populations of 250,000 or more. The increased prevalence of surveillance cameras in public places has led scholars to consider CCTV as a “banal good” that has become part of everyday life, taken‐for‐granted by the public and subjected to little scrutiny by the media.

What this implies is that ordinary law-abiding citizens, if asked, will not like the idea of every one of their moves being recorded by posterity by the authorities. What if they have a secret girlfriend? What if they are conducting confidential business negotiations that would blow up if certain partners or competitors found out about it? It’s not just criminals that get caught by CCTV recordings – and bear in mind that today’s equipment is extremely sharp, sensitive in low light settings and has near-infinite storage capacity. It’s weatherproof, small and runs hours and hours without being detected. Schools in the USA have them everywhere, to catch fights, thefts, drug use, weapons and that, ladies and gentlemen, is live in big city educational systems. 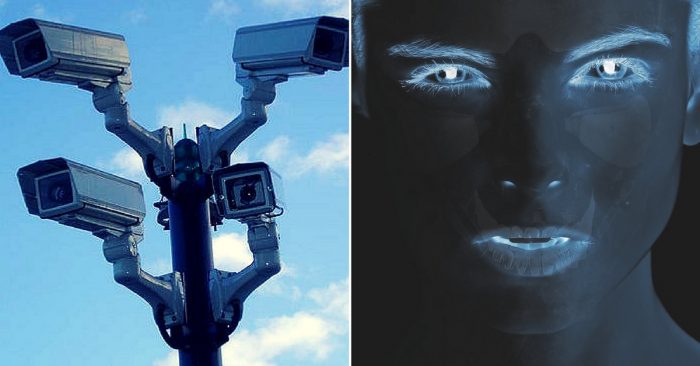 Artificial Intelligence is already on the case, upping the game. The ultra-heavy security in airports is only the tip of the iceberg. It’s the price we pay and everybody has to get used to it.

Absolutely no surveillance hardware at Ya Udah Bistro, ladies & gents, just the watchful eye of the serving staff ready to jump and fulfill your order. Eat, drink, make merry: the finest-quality Euro-Asian cuisine in Jakarta, fresh and hygienic, prepared before your wondering eyes, and washed down with excellent local and Euro-firewater: From us to you: ‘A toast to the Yaudah Bistro blog reader!’

All together: ‘To the reader!!’ (Sorry, can’t guarantee these are the girls who will be on duty. Try your luck.)