Ya Udah Bistro > Blog & Updates > Society and Our Times > WHAT EVER HAPPENED TO “GUINNESS IS GOOD FOR YOU”?

WHAT EVER HAPPENED TO “GUINNESS IS GOOD FOR YOU”? San Miguel, a very ambitious FMCG conglomerate, Philippines-based with a worldwide reach, had a problem in the home market. Their sales & promotion teams were continually being urged by Management to grab more market share (although they were by far the biggest in the Philippines) and to get more Filipinos guzzling their fine products. 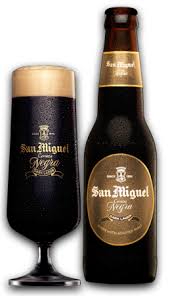 One of these was the dark foamy brew known by its legacy Spanish name of “San Miguel Negra”. Now we do not as a matter of fact have any evidence that Saint Michael (English equivalent of ‘San Miguel’) was a Negro, although western Christianity has historically tended to lighten up the complexions of Jesus and all his legions. We can assume that, being Palestinian Jews, those folks did not look like Norwegians – but that’s a topic for another rainy day.

We don’t even know whether Saint Mike like his mug of brew; the Bible talks about wine all the time (while the silly teetotalling Texas Baptists insist it was ‘grape juice’) but that holy book is remarkably short on its beer coverage. Naw, he don’t look like the sorta dude who loves his grog… too uptight by far… poor old serpent was minding its own business, and all that swordplay is uncalled-for… Hey pal, why not chill out… calm down… come over here to Ya Udah Bistro… pull up a chair and sit on the floor… “…whistle while you work…”

Meanwhile, we still haven’t gotten around to the aforementioned “problem” of San Miguel which, according to Wiki, “ …traces back to 1890, when a group of Spaniards decided to open the first brewery in Southeast Asia, specifically in Manila. The factory produced diverse types of beers and derivative products under the name ‘San Miguel’. In the colonial capital no one knew beer until then. For this reason, the inauguration of the brewery was a historic event and became known as ‘The day of San Miguel’.

Among the brand’s many beers, also popular throughout Southeast Asia and a cold foamy hit at Ya Udah Bistro, is the cerveza negra – the black beer, favored by the elite (yes, this writer enjoys it – how did you guess?) The problem arose when, for reasons buried in history, a “folk legend” sprang up concerning black beer: “Black beer is only for pregnant or nursing women.” Where in the world did they get that from? This is not a joke, not at all: ask any Filipino and he will assure you that this is commonly believed. San Miguel Corporation was displeased. They smoldered. They schemed. How to get men to drink their stout? They tried everything. They even got martial arts master Jet Li signed up, to show what a he-man all-macho beer it was. Sorry, it failed. Some younger drinkers signed up for cerveza negra but the old guys – who buy the most beer as a social solvent – were still afraid of getting laughed at. Now why is this interesting? The fact is that black beer, including the “dark, roasty, bitter, creamy ale” know as “stout”, has a great number of healthful vitamins and minerals, including flavonoids. “A 2003 study at the University of Wisconsin claimed that just over a pint of Guinness could cut the risk of blood clots forming in the arteries and therefore your chances of a heart attack. The researchers found that alternatives such as lager did not have the same effect.

It’s thought that flavonoids, a plant-based antioxidant found in darker drinks such as stout beers and red wine, are responsible for this.”

No lie. Guinness, the world’s most famous dark beer, contains Vitamin B3, also known as Niacin, which cuts bad cholesterol.

“The yeast in Guinness (and indeed any beer) contains vitamin B12, which performs many vital functions including creating red blood cells, which carry oxygen around your body and remove carbon dioxide. One tablespoon of yeast will provide an adult with their full day’s supply of vitamin B12.”

In the 1920s they actually advertised this way…

…until the bluenoses and spoilsports & health addicts & teetotalers objected. Boo. 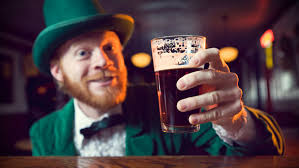 It also helps if you’re Irish. The biochemical harmony and nutritional balance is much more – oh I can’t keep spouting bullshit and lies like this. I’m too drunk. So heave-ho, mateys. Head for Ya Udah Bistro, home of fine eats, good company and much merriment. Don’t forget 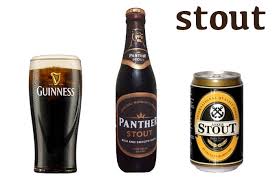 the authentic Indonesian version of “Black is Beautiful” beer: Signing off with a bad pun: “If one Guinness is good for you, think of what toucan do.” Hooray.

Your Guinness, dark and frosty, awaits you. KLINK.