Ya Udah Bistro > Blog & Updates > Society and Our Times > When Silence is GOLDEN: Jam the Signals

When Silence is GOLDEN: Jam the Signals

You pay $18 a ticket to see a first-run motion picture in San Francisco. Hey, come on! The wife and the kids want to go along as well, BAM BAM BAM. Fifty bucks, plus. So while you are trying to enjoy the latest unbelievable exploits of some crummy comic book hero up on the screen, peppered with video graphics that your kid can figure out, some citizen right in front of you gets A Very Important Call, and starts yakking away, loudly, oblivious to the disturbance he is causing to all the cine viewers around him.

Yep, it happens all over the world – not just in Indonesia, where people tend to ignore the inconvenience they cause to strangers: standing in a group enjoying a lively conversation right at the bottom of an escalator, blocking the access of a stream of shoppers… turning across three or four lanes of traffic to make a quick left turn from the extreme right lane… standing and having fun at an ATM for twenty minutes while you decide which boyfriend to send a cash deposit to…

Even in the USA this can happen, especially in big cities and with the <ahem> ethnic minorities yelling and having fun. But should people be able to have cell phone access everywhere?

How about a criminal in a prison, conducting drug deals from behind bars, with a smuggled cellphone? 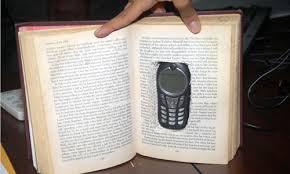 Well that’s where the incredibly strict cell phone barring laws come into play – and they are different in countries around the world. The USA, purportedly the “Land of the Free” (unless you break one of its fifty million laws, or have enough guns to make your point), has the world’s toughest cell phone (handphone) laws. “Jamming a cell phone is illegal in the U.S. Very illegal. And not just by ordinary citizens. It’s illegal for theater and restaurant owners to jam (block) calls, and even state and local police or prison officials. The U.S., in fact, has the strictest laws in the world against jamming cell calls.

“U.S. law prohibits not only buying, selling, carrying or owning a cell phone jammer, but also posting a Craigslist ad that claims you’re selling one. If you’re caught with a jammer, you could face up to $11,000 in fines and up to one year in prison.

“The ban against cell phone jammers isn’t new. In fact, it’s the musty old 1934 Communications Act that bans the jamming of any commercial radio communication, a law that predates not only jammers but cell phones themselves.” 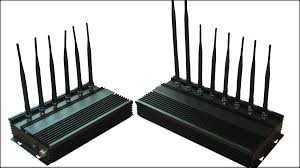 Hey folks, here’s a nifty cell phone jammer it will only cost you a couple of hundred bucks or so but don’t try and turn it on in the good ole USA – you’ll pay an $11,000 fine and maybe even spend some time in the cooler if you advertise one of these on the web. Is school boring? Sure, school is boring. Well why not play a video game or exchange secret text messages with your best pal while the teacher is droning on and on about World History or Algebra or Basic Chemistry? And if you round up cell phones and lock them away? Some parents would be so outraged they would call the police on you: “What if Little Snowflake suddenly decides she misses her mommy and wants to talk to me? What if she has a panic attack because of… well, because of anything?” Teachers try to resist this distraction – and if their students fail tests and get bad grades because they have not been paying attention they’ll go on the warpath: “My little Timmy deserves an ‘A’ – because he’s special!” Get this guy: “The news about teacher (and former pro-wrestler!) Dean Liptak getting in hot water for blocking cell phone signals in his Fivay High School classroom was exactly the wrong reaction on the part of administrators (and the government to be honest).

“Sure, what he did was technically illegal. The Federal Communications Commission says ‘use of “cell jammers” or similar devices designed to intentionally block, jam, or interfere with authorized radio communications (signal blockers, GPS jammers, or text stoppers, etc.) is a violation of federal law.’ Hell, it’s illegal to even sell jammers in the U.S., but they’re easy enough to buy from overseas (as long as the retailer doesn’t get caught). The only legal buyers of such equipment are government employees.

“Liptak is getting off light (five-day suspension without pay); a Florida man with a jammer in his car for months got fined $48,000. At least one priest has used a jammer after calls happened during sermons and even a funeral—and he supposedly got the go-ahead from the police.” 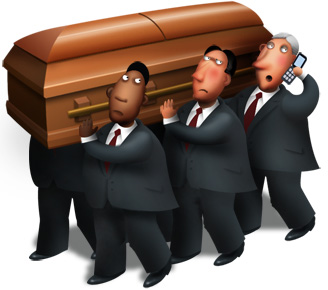 That people are so insensitive is no surprise. But we live in a work-oriented society, and one survey found that fifty percent of bosses have concluded that cell phones interfere with workplace productivity. Imagine steel mills or chemical plants or other industrial sites where distraction from a cellphone could be literally dangerous – why shouldn’t employers be allowed to bar all calls, except for emergencies?

There is a wide variation in the laws of each country. While it is easy to purchase a jammer be very cautious about using it – unless you are in the police or state organ ( modern version of the Gestapo). Police and prison officials can legally use jammers in countries like Canada, Mexico, New Zealand, Turkey and Norway, while schools in China and India approve call jamming to stop students from cheating on examinations (big business in those countries).

Pakistan even allows libraries and banks to jam calls. Imagine the peace and quiet!

Now the government itself feels no such compunctions about jamming calls – “for security” (theirs, of course). After his inauguration President Obama took a stroll down Pennsylvania Avenue to wave to the faithful – and all cell phones were suddenly blocked. In war zones like Iraq the military can use jammers to confuse drones and avert roadside bomb attacks. Isn’t technology wonderful!

Now there is a surging movement to allow cell phone jamming in some situations – and your opinion will count. Indonesia is debating blocking the use of smuggled (non-taxed) cell phones: “T
“The government plans to block the use of cell phones bought in the black market to curb the distribution of such phones.

“The plan was announced after the government required all phone users to register their SIM cards.

“The Industry Ministry will reportedly implement the blockage through the International Mobile Equipment Identity (IMEI) number that identifies the device with the SIM card input.” (The Jakarta Post)

The legislation might be impeded by several factors, prominent among them the plight of foreign visitors – mostly tourists – who will find that even though they purchase an Indonesian SIM card they still cannot use their own handsets to call home and assure Mommy and Daddy they haven’t been eaten by a shark or blown up by a terrorist. And it blocked all internet access in Papua Province during the recent disturbances. So don’t think “…it can’t happen here…”