When telling the truth conflicts with Culture

“I do not like hospitals. I always think of them as places where you go to die.

“I was trembling a little, naked underneath my hospital gown, but not because I was nervous or afraid. I had done all my tests; the examination room had the air conditioning turned up to maximum and I was freezing.

“I heard the door click and a handsome, middle-aged physician in a laboratory coat walked in and sat down, without greeting me. He studied my chart, to confirm what he had to say. “Unsmiling, the specialist looked me in the eyes and informed me ‘You have stage 4 colorectal cancer, and it has spread to your other organs. You should get your affairs in order – you only have a few months to live.’

He looked down. “Some cancers come on and develop painlessly. You might feel no pain until… well, until it’s too late to arrest them.”

I let that sink in. Was I surprised? A little. I knew something was wrong with me but didn’t suspect it was terminal. And what a way to inform me. Another doctor walked in silently and looked at me. I could tell I was already becoming a “case study” in undiagnosed fatal cancer.

The first physician shook his head and glanced at his cell phone. I could tell he was anxious to leave and get to his next patient. “The five-year survival rate for patients with Stage 4 is just fourteen percent. I have to get going now.”

I looked out the window. It was snowing softly. It was clearly not an Indonesian hospital encounter that I had been dreaming about.

LYING FOR THE LISTENER’S SAKE, AND THE FAMILY, AND GOOD MANNERS…

The Indonesian nurse looks at the woman on the gurney and pats her hand. “We’ll do everything we can to get you well again” she assures her, with her standard hospital smile. The family, standing around the dying woman, looks doubtful. But they say nothing. Never question the judgment of a physician. It is just not done. So which of these do you want facing you when your time comes? Do you want to be given sweet hope, soothed with false promises? Hey, that’s S.O.P. in Indonesian hospitals, and a doctor who blurts out news of a fatal diagnosis like that of the busy American surgeon would not be popular at all. Nosiree. “He shocked our dear old granny, by telling her she’s going to die. What terrible manners.”

In Indonesian culture you come to expect lies. “The pembantu’s grandmother is ill again. That’s why she’s not in today.”

The blunt-speaking Westerner will retort “Oh, not the same grandmother who died six months ago, is it? She was also feeling poorly in late July.” The servant looks embarrassed at being caught out in a lie; the foreign boss does not appreciate being made a fool of, but if he is an old-timer he knows that since he is living and working in Indonesia he has to accept being lied to.

“THE WAY OF THE WEST”

Psychologists define deception as “an act that is intended to foster in another person a belief or understanding which the deceiver considers false”. Deceptions are common, and the detection of deception is vital in business, legal, and military settings. Psychologists have assessed the ability of naïve observers to spot deception when they see it. An experimental literature indicates that people can discriminate lies from truths with above-chance levels of accuracy, but that people are better at lying than lie detection. In experimental studies, the typical lie detector averages some 57% correct deception judgments, where 50% would be expected by chance. Based on these figures, a correction for guessing implies that the typical liar fools 86% of would-be detectors. 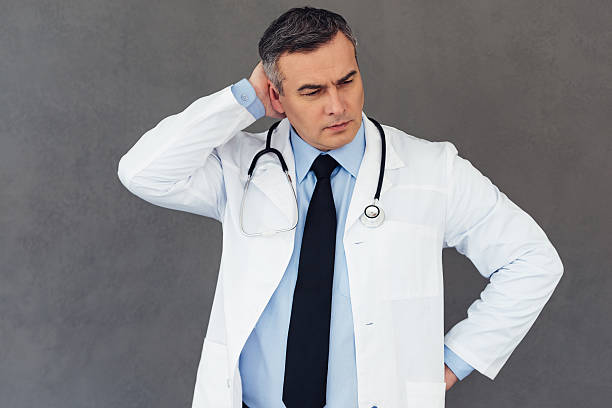 When doctors are faced with unpredictable, abnormal or embarrassing situations – such as an intersex  (hermaphroditic) child – they may resort to lying to cover up their own confusion.

This manipulative tactic meant to induce willingness in scared parents is a by-product of a culture that insists, sometimes by force, that humans only come in two polar opposite varieties.

Another medical study revealed that some 20% of practicing physicians are uncomfortable around patients who are obviously gay – or tell the doctor that they are homosexual. This type of doctor (often an older man or woman) expects the patient to lie, hiding his or her sexual orientation for the sake of propriety. This is particularly true in old, conservative societies such as those of Latinoamerica or Asia. In fact, lying is interesting. We are fascinated by pathological liars – and there is no more spectacular example that the current President of the United States of America, one Donald J. Trump. The television networks and internet news sources love “Prez ManBaby” (aka “Agent Orange”) because he perpetually attracts viewers to witness his latest whopper. He lies as easily and naturally as he breathes.

CNN, NBC & Fox News survive and thrive on the media appeal of “The Donald”. We are also curious about lie detection – and about how accurate machines and “human lie detectors” are in catching out lies. Travis Walton, a forest worker in Arizona, claimed to have been abducted by a UFO and subjected to experiments. The most famous polygraph expert in the country tested him and tried to prove he (and his mates in a truck who also claimed they saw the spacecraft) were lying or concocting a hoax; the conclusion was that none of them could be proven to have told an untruth. It was adapted into an excellent film and Travis Walton later toured the country giving talks on his experience. You want to know how to tell if you are being lied to? Well of course you do. Pamela Meyer gave an excellent TED Talk on the subject of lying and liars (“We are liars”), and how to “…go from lie-spotting… …to trust-building…” Now there is one environment where truth reigns! Yep, I’m talking about Ya Udah Bistro, a Jakarta classic eatery in Menteng – now in Serpong as well – and a place where the food & drink are honest: fresh, hygienic, tasty and reasonably-priced (come on, you old skinflint – it’s only money!)

The Truth Fairy will bless you with the finest Euro-eating and Asian fare in Jakarta, as attested by the Lonely Planet Guide, along with other travelers’ manuals, and the testimony of thousands of satisfied (and mostly overweight) patrons.